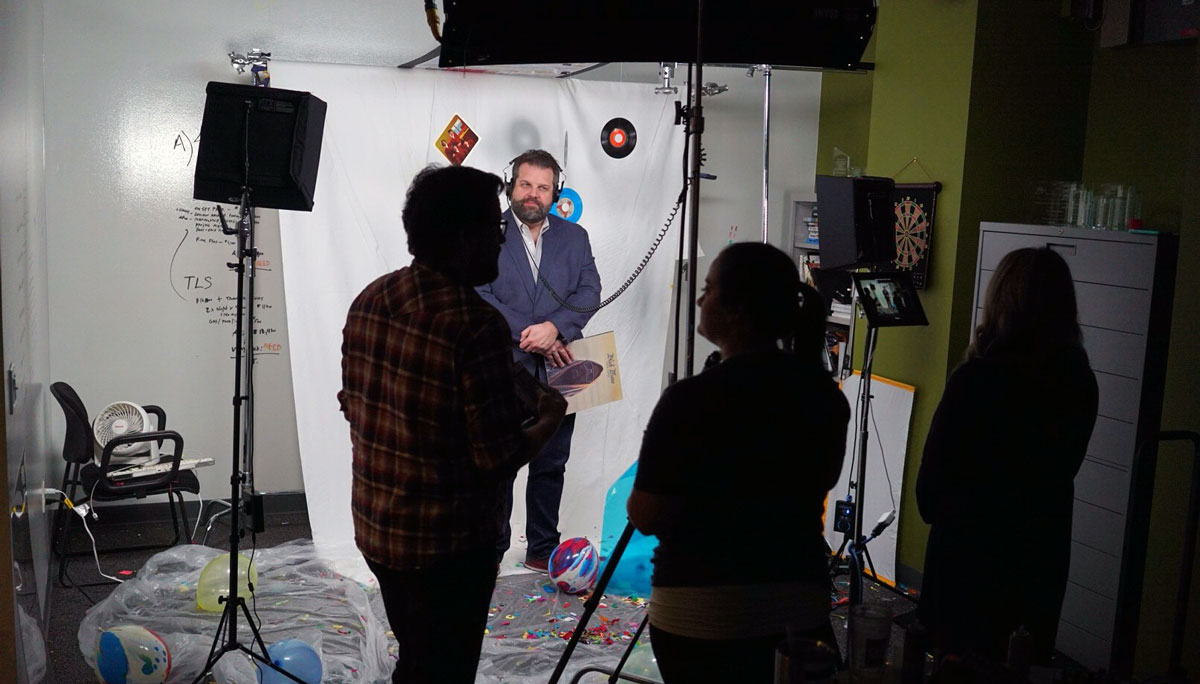 While looking through our new website, you may have noticed we have some incredibly cool new staff photos.

Instead of doing the typical smiling, arms crossed, blazer-wearing headshots, our creative team had the idea to bring life to a sometimes-dull section of the site by using GIFs. To accomplish this, we purchased a Nishika N8000, a 1980s camera originally used for producing 3D lenticular prints.

The Nishika has four lenses side-by-side, allowing you to capture your subject from multiple perspectives with just one click. It uses 35mm film, with each shot using two exposures and each photo taking up half a frame.

In order to create movement and make the shots more interesting, we decided to include some fun props, like confetti and balloons. Other items we used included bubbles, candy, silly string, chocolate cake, markers, feathers, post-its— even puppies!

We also wanted to personalize each person’s shot by incorporating things that represent their role at the company or their personal interests. For example, Director of Account Services, Drew Finkbeiner, loves music and attending concerts, so we incorporated his ticket stubs, headphones and some album covers.

As you may have guessed, taking these pictures this led to a fun couple of days at the agency. Whether you were being photographed, snapping pictures or acting as a confetti thrower (some of us could go pro now) it was a great way to get the creative juices flowing and have a few laughs.

In addition to being fun, this project made a HUGE mess. By the time all of the photoshoots were complete there was more confetti underneath the drop cloth than on top of it, and rhinestones could be found around the office for a couple of weeks.

The film was processed and after some masterful editing by Vince Griffin, we think our new staff photos turned out great. Checkout the Our People page so see the photos and read about our awesome team members.