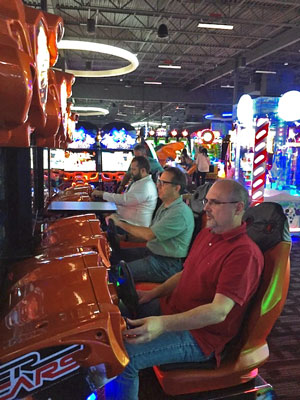 Unlike the Sells Agency, D&B offers dozens of video games, arcade favorites and ways to win prizes for having the skill (or luck) to beat the machines. We can vouch for the fact that there’s no better way to work off a lunch of sliders, pizza and nachos than by competing in the Mario Olympics or racing cars around the streets of Paris. We all left with full stomachs and armfuls of candy, knickknacks and stuffed animals as trophies for our afternoon of hard work. Team building has never been so much fun.