On Super Bowl Sunday, our social media manager Christa Lavender visited with Fox16 News about (arguably) the most highly anticipated part of the Big Game: the commercials. Here’s her take on the best ads from Super Bowl LIV. 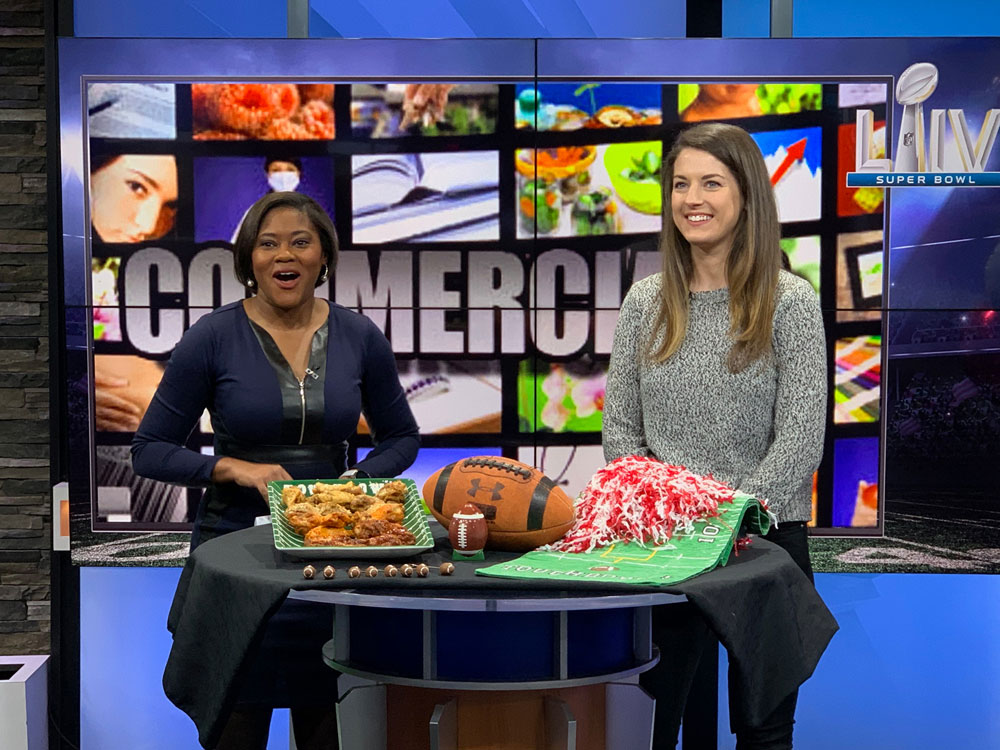 Last year’s Super Bowl had the lowest number of viewers in the last ten years. This year’s Big Game brought good news for the NFL and advertisers: Super Bowl LIV ratings show viewership increased this year by 1.3 million viewers. There were a total of 102 million viewers across all platforms for Sunday’s game, which is great news for advertisers! We tuned in specifically to see the commercials, which cost on average $5.6 million for a 30-second spot.

Here’s a look at the Super Bowl LIV ads we loved and trends we saw.

This Jeep ad starred Bill Murray, who revisited his Groundhog Day nightmare of waking up to the same day again and again. But this time, he made the days different thanks to adventures in his Jeep Gladiator. It even featured a groundhog in a tiny bike helmet, so it definitely had the cute factor going for it. In addition to the cute animal element, this ad used nostalgia to tell a memorable story we’ll be talking about for a while.

WARNING: Don’t watch this one unless you want to cry. Google’s ad was based on the true story of a man who uses his Google Assistant to help him remember things about his late wife, all supported by photos. The man narrating the ad is actually the 85-year-old grandfather of a Google employee. It was simple, moving, and extremely well done. Google tugged at heartstrings, creating an emotional connection with the audience.

Ellen Degeneres and Portia de Rossi star in this funny ad showing what life was like before we had Alexa to help us with everything. We thought it was a creative way to reflect on all the ways Alexa can make life easier. Celebrities never hurt an ad, but the right celebrities can make the ad really stand out.

Microsoft - "Be the One"

Katie Sowers, an Offensive Assistant Coach for the San Francisco 49ers, was the star of Microsoft’s Super Bowl ad, and we were big fans. Sowers is the first woman ever to coach in the Super Bowl. Microsoft’s commercial detailing her story was heartfelt and inspirational, without ever feeling forced.

What were your favorite Super Bowl LIV ads? Did you love the funny commercials or the inspirational ones more? Comment and let us know your favorites over on our Facebook!