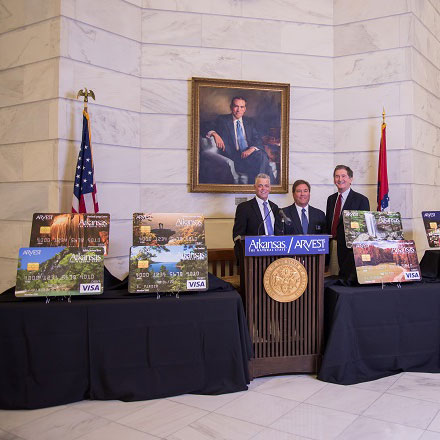 In the fall of 2016, Arvest Bank saw an opportunity to partner with the Arkansas Department of Parks & Tourism to create a series of co-branded specialty debit cards. The cards featured well-known tourist destinations in Arkansas.

The Sells Agency developed a public relations plan that capitalized on the brand strength of both Arvest and ADPT. Specific efforts included:

Media pickups included the Arkansas Democrat-Gazette statewide edition; two TV stations in Little Rock and two in northwest Arkansas; and more than 10 other newspapers across the state. The Facebook Live audience for the press conference was more than 700. The total ad value of the earned media garnered during this effort exceeded $50,000.