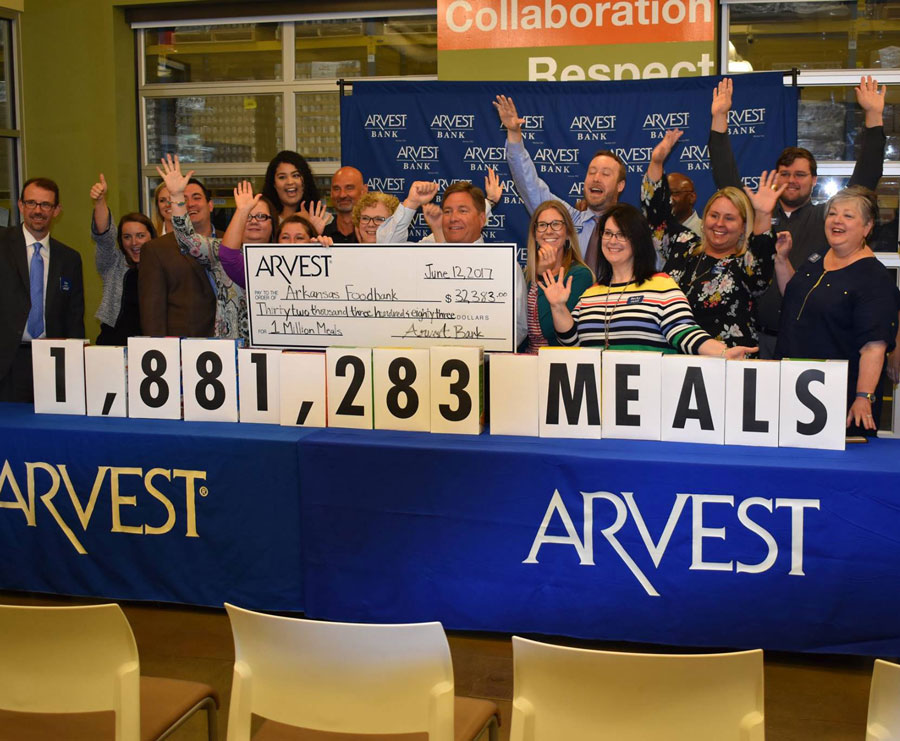 Fighting Hunger One Million Meals at a Time

Arvest Bank wanted to create a community service project that would meet a universal need across the footprint the bank serves, providing an opportunity for bank leaders, associates and the general public to make a difference in their communities.

As a national issue of concern, hunger affects one in six Americans regardless of age, race or gender. Based on the breadth of that need, Arvest created the 1 Million Meals campaign in which every bank market works together to collect a cumulative total of one million meals through non-perishable food drives or monetary donations.

The Sells Agency assisted Arvest with the initial rollout of the campaign across its four-state territory and continues to provide public relations, media relations and any needed creative support annually.

This project consisted of many goals - to help reduce the growing problem of hunger in communities large and small, to raise awareness of hunger in every community so communities will be responsive throughout the year and to leverage Arvest Bank as a good corporate citizen across the four-state footprint the bank serves.

Every Arvest Bank branch in 120 communities the bank serves collects non-perishable food items or monetary donations during a two-month period in the spring, with the goal of collecting a bank-wide total of one million meals for communities in Arkansas, Oklahoma, Missouri and Kansas.

Each bank market works with community organizations to create unique grassroots efforts to benefit this annual project. The Sells Agency works with individual Arvest bank markets to promote the 1 Million Meals campaign to raise awareness of the project and secure print, broadcast and social media as well as community involvement.

Since the inception of the 1 Million Meals campaign, Arvest Bank has achieved record campaign collections every year. At the culmination of the bank’s 2017 campaign, Arvest had collected 1.8 million meals during the two-month food and funds drive, bringing the seven-year total for the campaign to more than 11 million meals that were donated directly to more than 60 local food partners across four states.